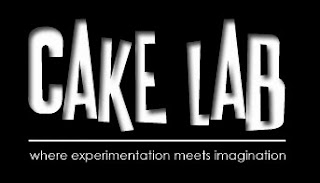 Sooo, looks like I'm staying in Maine longer than I planned.
I first decided to follow my path to becoming a cake decorator back in February. At the time I still had a few more months of schooling left in Montreal until I earned my degree. Before I left I had lined up a position at a bakery that would be moving outside the city in July and would need new people. My plan was to spend a couple months in Maine before returning to Montreal for work. Well, what I thought was the perfect opportunity wasn't as awesome as I had originally thought. At the end of July I began looking for options in the Boston area as it is just two hours away from my home in Maine. Easy enough to get to but I'd still have my space. I had interviews at two bakeries, and even worked a few days at one of them, but I realized it would require an investment on my part to work out there...what with the pricey rent, car payments, food and health insurance...I just wasn't sure it was worth the investment.
That led me to thinking...why don't I open up my own place? It was always my plan to do it eventually. I just thought it wouldn't be until I was around 30. I figured now was the time for me to learn from someone else. I didn't want all the responsibility that comes with owning your own business. I also didn't think I had the "stuff" to be a success at my current level, but my confidence did get a little boost when I was researching other cake companies. While there are a lot of really impressive decorators out there, there are also a lot that really...aren't. If they can be a success, why can't I? I've definitely had lots of hesitation, but opening any business is a lot or work. Make it one that relies on your creativity and it can certainly be nerve wracking, but I do believe I have what it takes to do this right. The time for risk is now. I'm young and have no responsibilities to anyone but myself. I'm lucky enough to have parents that will allow me to run the business from home for reasonable rent. This is an option that may not always be around.

This may not be the exact route I envisioned myself on months ago, and there sure are some disadvantages...but it's up to me to make the best of them, and in then end this could be the best thing that ever happened to me.

All that leads to the opening of Cake Lab. A fitting name for someone with a science background. I also feel like I'm constantly experimenting new recipes and decorating techniques. It's kinda like a lab! I guess I will never be able to fully escape my science days...

My website is under construction but good enough to present to people. Zcakelab.com - get it? (thanks to one of my mom's friends for the play on words)
Also just started a page on Facebook!

Thanks to everyone who has supported me and been sending positive vibes my way, you have no idea how much I appreciate it.
Posted by Zach at 1:19 PM