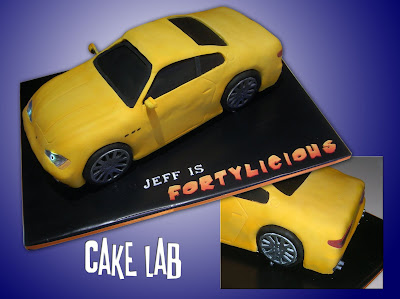 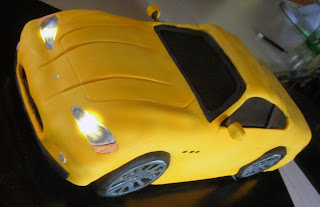 The wheels were pretty time consuming, made of rice cereal treats covered in fondant with a gumpaste center. If I didn't make them the week before I'm not sure I would've been able to finish the cake on time!!
My favorite part is the LED lights. The client wasn't expecting them but I thought it was such a cool idea and really wanted it to work. Took me a while to find them but so happy I did. They are battery powered and last about 100 hours, so it was no problem to put them in the cake switched on and covered in fondant. I painted the fondant with silver petal dust and it gave such a realistic effect, definitely something I will be using in future cakes when appropriate.
Posted by Zach at 10:04 PM